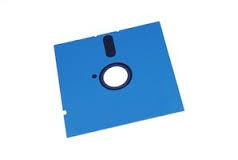 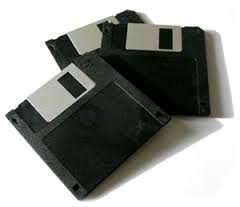 Many different protection methods were developed over the years in a cat-and-mouse game with those that wanted to make a copy of their own (or a friend's) disk. The methods steadily increased in complexity, but whether or not the protection was easily duplicated or not, a way was always found to make a working backup. Descriptions of many of the methods that different companies employed to keep the disks from being copied are found here.

Most copy protection revolves around the fact that consumer disk drives can read data from a disk that they are unable to write in the same way. However, the original disks have no such limitation because they are written (or "mastered") with professional duplicating machines that can write almost any signal to the disk. This is exploited in many, many different ways.

Differences between a regular copier and a "nibbler" or "nybbler"

Copy programs have been referred to by these two different types since the first nibblers came out on the Apple II platform.

A regular disk copier, like the ones included with your DOS (disk operating system) read the source disk sector-by-sector, and recreates them onto a new formatted disk. This method produces a copy of all the "normal" data on the disk, but does not copy most protection schemes, since it ignores any sectors with errors or any sectors that don't conform to the normal expected layout. This new copy is usually then "patched" to run without the protection check. Many popular copy programs for all systems used patches for protections they could not duplicate.

A "nibbler" works at a lower level and will duplicate more of the disk, such as the original headers and data, whether or not they are in the normal format. They do have limitations, though. First, they don't typically duplicate the gaps or the original sync patterns, but rather recreate new ones, so protection methods that hide (seemingly unused) data in the gaps or look for unusual sync patterns won't be duplicated. Secondly, some drives can only read/write a single sector instead of a full track (due to memory restrictions) and must break down the data and read/write it in several passes, which is stitched back together the destination disk. Protections that exploited this would use a sector or track larger than would fit in RAM at once, making it impossible to copy on the original machine.

This protection consists of a disk error purposefully placed on a header, sector, or an entire track, then its existence is checked for by the protection. If the error isn't found, it assumes this is a copy. In the beginning, there were no copy programs except what came with the operating system, and it could not read or write these errors. Like most protections, though, it only foiled casual copiers. Early, clever hackers figured out how to scan an original disk for these and the methods for recreating the errors were not difficult. Soon after, programs came out that could effortlessly detect and reproduce these errors which marked the end of this era.

Most floppy drives and media are rated to use 40 tracks on a 5.25" disk, and 80 tracks on a 3.5" disk, however most hardware will "step out" a bit further and data is stored here and checked.

"Signatures" in the Header, Sector, or Tail gaps

As mentioned in the copier section, when a disk is copied with either a fast copier or a nibbler, the gap data is not copied directly. Gaps are "inert" bytes, meaning they aren't normally used as data, but just a space filler that is ignored by DOS. There are some protections that check for specific bytes here, or even the length of the gaps, and know they're a copy if it doesn't match

Some protection methods take advantage of the fact that disks can only be written at certain densities by a consumer disk drive. Because original disks are not written with consumer drives, they can be written at a different density that can still be read properly by a consumer drive. A copy program may read the data at the standard density only, resulting in corrupt data.

On a 40-track drive, it is usually possible to read from the tracks in between the normal tracks, so companies would master data here. This foiled many copiers because they didn't search for and copy these "extra" tracks by default, so they instead got garbled, invalid mixes of the "real" data when trying to read the tracks as if they were normal. Copiers later came out that could scan for and detect these and copy them properly.

Disks with this protection are mastered with an 80-track drive, but the drive used with the consumer hardware is only 40-tracks. Because of this, the drive will be able to see different data in these "half tracks" that it cannot write without destroying data on adjacent tracks

This protection involves placing a track on the disk that is a specific skew offset from the one before it, or sectors that are a specific distance apart on the track. The protection is checked by timing these and verifying it is what is expected from the original disk.

As mentioned, the drive may not be able to fit an entire track in RAM, so it must be broken down into parts and stitched together on the destination disk. If you make a sector longer than will fit in RAM, it can't be copied with a normal drive.

These protections entail changing the way that the disk encoding is interpreted in a custom DOS. If you write your own DOS, you can use your own disk format entirely, ignoring common sync, gap, header, and data conventions altogether and use whatever you want. You only have to adhere to the clocking limitations, but even that didn't stop later innovations.

Normal drives spin at 300 or 360 RPM and can "write" data at a certain density. However, the drive can "read" more than that, within some margin of error. Some protections take advantage of this and use a different bit rate to store more (or less) data on the track than could be written back out at the normal speed. Some copiers would "trim" the data in as non-destructive way as possible (reducing inert data) and it was also possible to slow or speed up the disk drive motor to foil this in some cases, but that is inconvenient.

Since disks are encoded using certain rules (GCR, FM, MFM) by consumer floppy drives and their firmware, they are not typically able to write data outside these rules. Duplicators can write disks outside these rules that exploit how the disk is decoded, which can be detected as a protection.

When a drive sees no flux transitions within a certain time, it can read as random data. Most nibblers can't duplicate this, so protections checked data in these areas on the disk somewhere to see if the data changes.

If a flux transition is encoded right in between two different timings, it can be read one way on one revolution, and another way the next, causing the data to fluctuate or "fuzzyness". The effect is similar to "weak bits".

Some duplicators can write a stronger than normal flux pulse on a disk, which can be detected by some controllers as they overload the read circuitry.

This protection revolves around a track being mastered in a non-standard way. It can be non-formatted, filled completely with a repeating sequence, or a combination. These tracks generally foil most all copy programs because they either think they are blank, cannot handle the long sequences, or they are just read incorrectly.

Some copy protection used tracks or sectors on the disk that had no sync pattern. Most copiers cannot read this data and just detect them as empty.

This protection name hails from the Apple ][, but variants appeared on other platforms. The data is loaded by stepping a half or quarter track at a time. If any deviation in time from where it expects the data to be and when is found, or the data stream is detected as corrupt, it fails. Consumer drives cannot duplicate this without special routines that would essentially be recreating the data.

This protection consists of physical damage to the disk media itself. A damaged disk cannot be written to, and will result in errors, so the protection will check for this by writing a track or sector and verifying if it is good (which would fail). These can be tiny, barely visible "laser holes" or have been seen as obvious scorch/burn marks.
My Other Sites
Personal Site
C64 Preservation Project